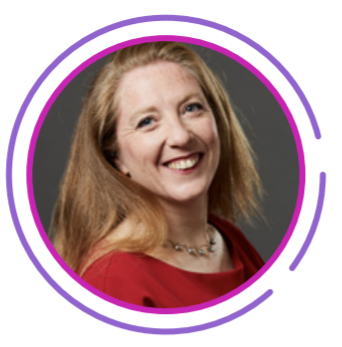 Our Women in EA series features interviews with women in management positions in Europ Assistance, discussing their career and developments regarding gender equality. Today we speak to Natacha Bouaziz, Group Head of Auto.

WHY DO YOU FEEL DIVERSITY IS IMPORTANT?

I believe diversity is not just about gender but it’s also about coming from different cultures, backgrounds, or countries. It clearly helps us look at things from different perspectives. I often compare diversity to a home alarm. If you set an alarm system to moni- tor movement at your front door, you only see people coming in and out the front. But if you set the sensors to 360 degrees, you’ll be aware of what’s hap- pening everywhere in your home. Diversity provides a broad range of per- spectives –much closer to 360 degrees to look around and search for these views. I believe it prompts important questions (that sometimes you would like to avoid seeing!) but it also forces you to give appropriate answers. In addition, diversity adds a great deal of dynamism when people composing the team are open-minded. And it is now well known that for example, a mix of gender is more efficient than men only.

WHAT ABOUT BALANCING CAREER AMBITIONS AGAINST THE DESIRE TO CREATE A FAMILY?

Maternity leave can often become a blocking point in a career or in somebody’s head. Personally, I never felt that being a working woman was a problem during motherhood. I developed a career in the automotive industry – male-driven environment – but always brought my own woman’s touch into the equation such as pragmatism, multi-tasking or simply, getting things done. The biggest challenge generally comes with income. I was in my late twenties when I had children, and most of my salary went to childcare. But whilst other women decided to stay home for 3 or 5 years to look after children, I kept working hard, my salary kept increasing and my career continued to grow. So, after 3 or 5 years, I had no regret to continue working over that period and it had a strong positive impact on my career.

WHAT ARE THE MAIN CHALLENGES FOR WOMAN?

I can see 3 types of challenges:

Lack of self-confidence – Very often, women can struggle to position themsel- ves as leader. They will feel uncomfortable in certain situations and will not always have the right level of self-confidence when surrounded by men. They also struggle to display/talk about their own ambitions and spell out where they want to go, what they want to achieve, and acknowledge they are simply ambitious and can lead their career to success!

The need of partner support – let’s be clear, a ‘mum’ can succeed in a much easier way if she has the support on a daily basis from her partner / other family members. The support can and hopefullyshould also come from the children themselves when they are getting to an age where they are old enough to look after themselves. The earlier they can be independent, the easier it is going to be for them!

Mastering men’s language – men have their own way of working and interacting together, managing conflicts or being boosted by competition. Learning to speak men’s language doesn’t mean you forget your own, it means you add a new skill to your portfolio and you improve your ability to communicate to everyone.

WHAT CAREER ADVICE WOULD YOU GIVE YOUNG WOMEN TODAY?

Believe in yourself. Ignore anyone who says you can’t do what you want because you’re a woman or worse, because you are a mum. Understand what’s important to you and fight to achieve it!

Natacha has an extensive automotive background since she worked 18 years in Renault. She had positions in various domains such as Purchasing, Fleet Business and After-Sales with a wide exposure to international living abroad (8 years in UK, 3 years in Hongkong) and covering Europe, Africa/Middle East, Asia and America managing international activities. She then endorsed an After-Sales Program Director role to design a 360° strategy and to implement it in regions and countries.

At Europ Assistance, as Global Head of Automotive in Europ Assistance, she leads the overall auto business product line and is responsible to develop innovative products and value proposition for key clients taking into account new industry trends such as digitalisation, connected services, EV and mobility ecosystem.